Why We Need Woman-Driven Stories 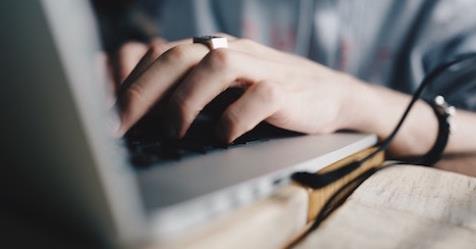 Why We Need Woman-Driven Stories

A happy statistic I read recently is that women, especially older, educated women, buy more books a year than men. This confirms that women are good—and essential—readers. As fictional subjects, they’re also well-represented. Women in both novels and screenplays often face daunting odds, lose their hearts to scoundrels, and rise above their baser instincts to become great ladies full of charm and grace. They’re known to be strong, yet caring; fierce, yet feminine. Over time, we’ve seen women stand more firmly and lose some of their “niceness.” I say, high time.

Frances McDormand, who recently was awarded the Oscar for Best Actress for her portrayal of Mildred Hayes in Three Billboards Outside Ebbing, Missouri, gives us a woman who is not nice, not kind, not patient, not gentle. Her daughter has been murdered, and there have been no arrests. She draws attention to this unhappy state of affairs by renting billboard space and installing inflammatory statements about the police. She’s blunt, occasionally profane, full of barely-contained grief blended with rage. She’s a walking time bomb, and she’s ready to go off.

Unhappy women aren’t new. Nor are angry women. Even women who go off the rails have been around for a long time. But what I find refreshing and essential is a sense of not needing to apologize for acting as forcefully as a man would; not dialing back the aggression for fear of having gone just a little too far.

Mildred Hayes isn’t attractive. Nor is she sexy. She’s just an average-looking person living an average life that has become unimaginably horrible. It’s her willingness to do anything to get a result that makes me admire her. That kind of relentless pursuit is usually reserved for men.

This is why we need woman-driven stories, but only if the women driving them are fierce and unapologetic. Femininity is fine for what it is, and that usually means drawing the attention of a man. So many women in our world are not beautiful or svelte or alluring, and they have been harshly treated as a result. I love seeing them take center stage, making us pay attention, demanding our respect.

We need a new take on what it means to be a woman. Old standards of beauty and behavior need a thorough overhaul. I’m glad to see that American advertising has caught on, to some extent. We see a lot more plus size models than ever before. But beauty is still highly prized. So is sex appeal. It really doesn’t help that the President of the United States brags about his assaulting beautiful, sexy women, as if these are the only kind of females worthy of his attention.

Woman-driven stories show how women change the world. They’ve been invisible for too long, silenced, unheard. The words spoken by a tough, resilient heroine motivate young women and girls, giving them a role model to emulate, a way of being in a world that more often than not sees them as sex objects above all else.

Authors need to write these women carefully, realistically, sympathetically. We need to be able to root for them, not cringe at their behavior. We want to see them get what they go after because they’re worthy of success, not because they’ve gamed the system. We need women who are not defined by male-centric codes of conduct.

Writing a compelling female character means being willing to expose her flaws, and how she suffers because of them. Maybe she’s quick to judge and finds herself regretting impulsive words over and over. She tries to learn from her mistakes and can’t quite change her bad habits enough to make a difference. She’s a human being, after all, not a paragon of virtue. She means well, yet keeps getting in her own way. When we see this in her, we feel a strong connection, because we have to admit that sometimes we’re guilty of the same thing.

Along with shining a bright light on her flaws, the intelligence of a female protagonist needs to be front and center. The author needs to show how her mind works, how she pieces together information, what she makes of what she observes or hears. She can be quick on her feet or take time to assimilate facts and impressions, but as long as she is shown coming to a practical place of understanding, we will relate to her and appreciate her journey.

I say to all wordsmiths out there—bring your women into a more meaningful arena and let them show how powerful they really are.