Why We Need Perry Mason Now More Than Ever

Home / Musings  / Why We Need Perry Mason Now More Than Ever 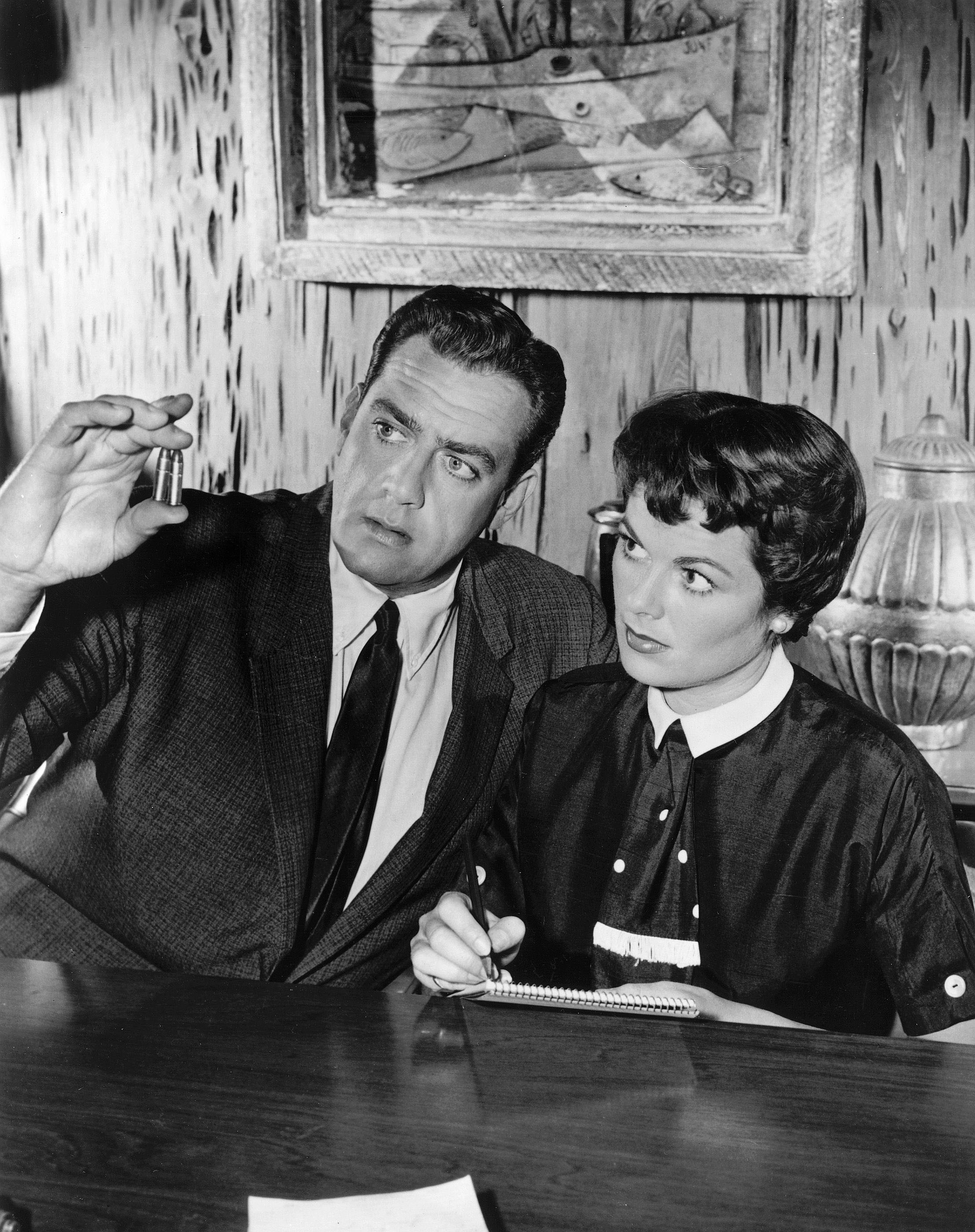 Why We Need Perry Mason Now More Than Ever 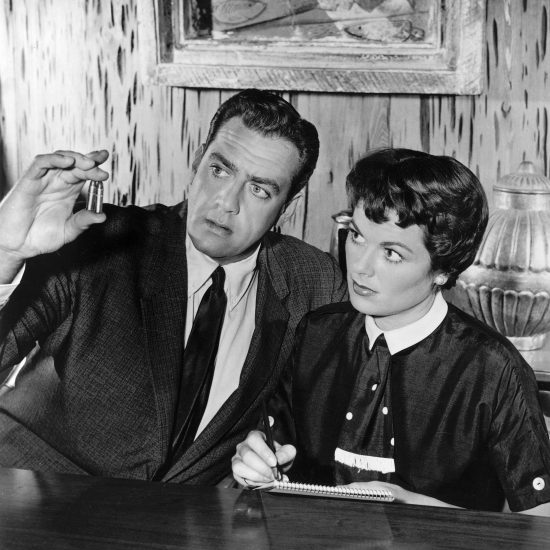 I used to watch Perry Mason on television a lot when I was a kid. I loved the edgy black-and-white film; the unlikely plots; the relentless drive for truth. Not to mention the cars. What ten year-old girl immersed in rerun after rerun doesn’t develop a passion for a ’57 Ford?

And what do I find the other night, bored out of my mind, surfing the offerings of Amazon Prime? That beloved blast from the past.

Perry Mason, Paul Drake, and Della Street are the fanciest Three Musketeers ever to grace the fake backdrops of Los Angeles. The sartorial propriety alone makes me howl. Perry and Paul are never without a jacket and tie. And Della is always in a skirt, even when she’s trudging through tall grass looking for a stolen trailer, of all things. Lieutenant Tragg always has his hat; and DA Burger his weird hair product. Well, most men on TV and off wore hair product in those days.

The defendant is always falsely accused, often a victim of circumstantial evidence. And usually a young, shapely woman, who doesn’t know where to turn, needing a broad shoulder to cry on.

What I like about this gritty concoction is that Della is more than just a secretary. She serves as a bright, discriminating sounding board when Perry tries to weave all the threads together. She’s got a perky sense of humor, but is firmly grounded in what others need of her. She’s attractive, but not distracting. She’s kind, but never gushes. And I’m convinced that both Paul and Perry are mad for her, but keep themselves in check. They’re gentlemen, after all.

Erle Stanley Gardner began writing his Perry Mason stories in the 1930s, a very different time from when the television series was broadcast over twenties years later. The Depression, despite its economic brutality, had a way of leveling the field, particularly for women. Good jobs were scarce. If you found one, you hung onto it. The move out of domestic service and teaching—two fields most open to women for decades– and into offices as secretaries began even earlier and continued during and after the First World War. In the 1920’s it was okay to live alone, have a job, and not need anyone to support you. When the stock market fell in 1929, women who could take care of themselves helped keep the country going, as they did again in the World War II when the men went to fight.

But after the war, when the men came home? They were encouraged to stay home and breed. Salaries were for men. Diapers and highchairs were for women. The single girl was still welcome in the office, though. Someone had to type and take notes while the boys climbed the ladder. And if you were blue collar, you could still work on the factory floor—sometimes.

Della bucks the trend. She’s not looking to get married. She likes her life the way it is. Oh, she’s pretty sure the right man will come along before she’s too old to attract one. No spinsterhood for her. And then she too head to the kitchen and let her husband bring home the bacon.

Things changed in the 1960s, particularly after the birth control pill became widely available, the one that Republicans don’t want health insurance to cover. Women who can have sex and not become pregnant are dangerous things. They show up to work, do well, advance, ask for pay raises, want promotions commensurate with what the boys are getting. So do women who do become pregnant, if they work for someone who believes in a decent maternity leave.

And then safe, legal abortion became the law of the land! Women really had come a long, long way. No more back alley practitioners. No more death by hanger.

But now the religious right, to whom the Republicans have sold the soul of the country (also to the Russians) want to put an end to all of that. Their ideal government won’t regulate pollutants emitted by factories that kill real people, but women who terminate the existence of fertilized cells—which are not yet real people, the same way an acorn is not yet an oak tree—will be regulated, controlled, penalized, and made into criminals. Nice! Good going guys! You’ve just set society back fifty years!

I want Perry Mason back in the courtroom, arguing before a Federal Judge that the prosecution’s line of questioning is incompetent, irrelevant, and immaterial. I want Della in her pencil skirt drawing conclusions the men around her can’t see. I want Paul Drake in his flashy sport coats digging up dirt on the bad guys. Oh, what could he make of POTUS and his concealed federal tax returns? That he and Vladimir Putin have a joint checking account?

Here’s something about the show that you may not know. Its executive producer was a woman. Gail Patrick “became the first female executive producer with a spot in primetime television, making her title of Executive Producer all the more impressive and historic in the expanding Hollywood industry.”[1] No wonder the show treats women fairly, and with respect, yet understands and often underscores their vulnerability in a world run by men.

When women become criminals for determining the course of their own lives, who will defend them? How long before we end like up like some countries in Central American, where the mere fact of reporting a miscarriage to a doctor can land a woman in jail? Earl Stanley Gardner and Gail Patrick would have a field day with that, as would Perry, Della, and Paul. Even Hamilton Burger would shudder at the thought.

[1] ME TV article “Without Gail Patrick, the Perry Mason TV series would never have been made.” https://www.metv.com/stories/gail-patrick-swoops-in-to-make-perry-mason-the-tv-wonder-we-love-today