Truth and Lies About Self-Publishing

Truth and Lies About Self-Publishing

Some say self-publishing is the greatest invention since sliced bread. Others say it’s ruining the industry. A lot of people have weighed in on this hugely popular phenomenon. Now, it’s my turn. I’ll address a few commonly held ideas and say if they’re true, or false.

Self-published books are low quality. False. However, there is merit to this concern, though it doesn’t hold true for every self-published book, obviously. Traditional publishing means different people going over your manuscript, both for content and typing mistakes. These are available to self-publishers, too – for a cost, sometimes a big one. I’d say the main issue I have with the quality of self-published books is less what’s on the inside, than what’s on the outside. Some covers are dreadful. Book cover design is an art, and good covers often sell books. Conversly, bad covers really turn potential buyers off.

Self -publishers have failed in the traditional market. False. In fact, there exists something of a revolving door, where authors get a traditional publishing deal for one book, then choose to publish a different way the next time, and vice-versa. It depends on what the author is trying to achieve, and quite importantly, how much money she’s got to spend. Some authors turn down a traditional publishing contract because they feel they won’t have enough control of the production and marketing process. It’s also a question of royalty payments. Self-publishers, and those working with hybrid presses (more about that later) keep much more of their royalty share than they would retain with a traditional publisher. 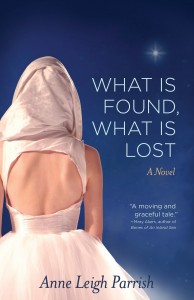 There’s an entrenched group that’s really opposed to self-publishing. True. These hold-outs show up when it comes to the time to ask for back-cover blurbs, or when submitting a book to a competition, or even listing a book in your Poets & Writers Author Profile. As to the latter, here’s my personal anecdote: My first book, a story collection, was traditionally published. The publisher is recognized by Poets & Writers. My second book was not traditionally published, but with a hybrid publisher who is not recognized by Poets & Writers. I was not allowed to add that title to my profile. However, Poets & Writers was very happy to design a third page ad (an ad taking up one third of a page) for that book for a handsome fee. Ironic? Indeed.

Self-publishing and hybrid publishing are primarily different economic models. True. First, what is hybrid publishing? An arrangement whereby the author pays for production of her book, and the publisher has a staff of copyeditors, proofreaders, even content developers, as well as cover designers. A hybrid publisher does not take all comers and vets manuscripts for quality and compatibility. Having the author bear the financial burden of bringing out the book means 1) the publisher is a lot less concerned with how many copies of the book sell and which in turn means 2) the author isn’t likely to get cut from the publisher’s list in the future or be solely assessed by book sales. These two facts can be huge when deciding which road to take.

Traditional publishing means that all your publicity costs are covered for you. False. I don’t know what the “big 5” do for their authors, but I do know a number of authors who are buying their own publicity and publishing under big name imprints. And smaller presses certainly don’t have the resources for a really good campaign, which can cost thousands of dollars. This means the author has to find the money, herself. In fact, I’d say that the biggest hurdle these days is not whether you can your book published, but if you can pay to promote it.

Self-publishing, and hybrid publishing have changed the publishing landscape forever. True. Perhaps the biggest change is the power authors now have to speak for themselves about what they want their books to look like and how they should be marketed. Anyone can now get her book published, but this isn’t necessarily great for the book marketplace, as a whole. For one thing, it crowds the system, making it hard for really good books to get the attention they deserve.

I’m not sure self-publishing is giving readers more high quality choices, but it is letting a lot of new voices have the chance to be heard. Self-publishing means readers have more to look over before committing to an author, and they do it without the guidance and input of traditional publishers and bookstores. Self-publishing needs the internet to be the vehicle that connects readers and authors in a way that hasn’t been possible before. As long as that community stays flexible, and is able to offer good material for readers, I’m all for it.