Talking Yourself Through It

Home / Musings  / Talking Yourself Through It

Talking Yourself Through It 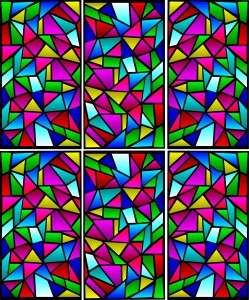 My good friend and writing colleague, Nina Lorraine, has been having a hard time lately.  She’s down in the dumps, uninspired, looking for a way forward.  My heart went out to her, and I tried to give her some words of advice, consolation, at the very least, a helping hand.

Before I continue, I think it only fair to reveal that Nina Lorraine is a figment of my imagination, an alter-ego if you will.  This may mean that I talk to myself, but to date these conversations are (for the most) carried on in silence.  She’s often helpful to me as a sounding-board, a role I assumed on her behalf just the other day.

The situation is this – Nina wrote a novel, sent it off to the publisher, and now waits for it to be born into the world next October.  And until then – what?

Get back to work, I advised.  Start something else!

She said, It’s not that easy.  A novel is a huge undertaking.  It’s like building a cathedral.  Does the mason lay the final stone, then rush to the next building site?

Maybe not.  But a fallow period, while helpful, in the end can bring harm.  Every moment you’re not writing is another moment of inertia you have to ultimately overcome.

While Nina accepted the logic of this idea, I could see that something else was bothering her.  She has a way of staring out of windows and sitting a long time in one place.

I’m sick of it, having to promote myself.  It feels like some childish grab for attention, she said.

She referred to everything authors are supposed to do these days AFTER they publish something.  She added, It used to be the case that all my time and effort went into the writing stories, and once they published, I pretty much figured that was that.

Nina was successful as a short story writer.  Then she reached a point where she knew that the next rung on the career ladder was to publish a collection – which she did, in 2011.  While a huge personal success, it ultimately made her feel thoroughly second-rate when once she experienced the indifference of the marketplace.  The book was well-reviewed, and won a fine award, yet it didn’t sell well.  She brought out her second collection with a different publisher, She Writes Press, last May.  This second publishing experience was better than the first for a number of reasons, perhaps left best unsaid.  In any case, Nina came back to She Writes with her debut novel, What Is Found, What Is Lost.

Nina has learned a lot about social media as a way to advance one’s works in the months since her second book came out.  It’s a little too early to tell whether her efforts will bear fruit, and she remains uneasy.  You’re caught in the awkward space between art and commerce, I told her.  And she agreed.  Art is one thing, book sales another.  Some writers enter both of these realms, and be comfortable in both, but not Nina.  While she is willing to do what she must to advertise her work, it never feels quite right.   Or perhaps the issue is that she simply feels more at home just being an artist.

So, I told her, Be an artist then, first and foremost.  Let how you feel about your work be what matters.  Relegate the rest of it to the level of chores and tasks, like paying bills or washing dishes. In the moment, I doubt that my words carried much weight.  But now, I think they might have proven useful.  Nina turned her eyes away from the window and back to her computer screen.  What she builds there is not founded on nature’s landscape, but on her own.  Her ideas.  Her vision.  Her world.

Stay tuned for developments in that world.  More fiction is surely in the works.  And look for What Is Found, What Is Lost, this October.  In the meantime  enjoy the two story collections, Our Love Could Light The World, and All The Roads That Lead From Home.