This companion piece appeared along with my story, “The Professor,” in the debut issue of Souvenir on Valentine’s Day 2013.

That’s the address of the fictional home in my story, “The Professor.”  The house stood at the end of a small cul-de-sac.  Built in 1920, it was sturdy, with wood trim around the windows and doors, and light switches with two push buttons, one atop the other.  My parents bought the house because they liked the neighborhood, Cayuga Heights, and because it was within easy walking distance to the Cornell University campus where they both taught.

When they first moved in, two years before I was born, the house was divided into three separate apartments, one on each floor.  They occupied the first floor, and collected rent from the tenants on floors two and three.  When I was seven, they took over the second floor and connected it with a spiral staircase.  The staircase was my mother’s idea.  The treads were bare wood, and  a lot of people slipped on their way down.  My cousin from Wisconsin, was one.  Also faculty members, guests, cocktail party attendees who’d had to use the upstairs bathroom.  Thank goodness for the sturdy curving iron rail their flailing hands could find.  My father grieved over expense.  My mother pushed through her plan, and I overheard many times the salty words of the local men hired to build it.

My parents’ new bedroom, converted from that second floor living room, had a fireplace and built-in shelves.  I lay in their double bed when they were somewhere else, and watched the snow fall and the flames dance.  A sense of well being, to be sure, of coziness.  Of security.

The basement offered the opposite.  Here lay darkness, a single bulb strung from the ceiling, the ancient furnace, the laundry room at the far corner with its dancing, leaking washing machine.  There was also a series of four rooms, plain, ordinary, with bare wood walls, each with a solid door opened with round black doorknob.  Bedrooms, they had to be.  Who had lived there?  Students from an earlier, poorer time?  An taste of the Depression when young people fainted in class from not eating?  And did they sit down there, hungry, and listen to laughter and footsteps and the suggestion of cheer overhead?

When I left that house, at age fourteen, after my parents’ break-up, it followed me in dreams.  I’d find myself walking, looking for a light switch, searching for a door knob, always wanting either to escape or shed light.  A few years ago, when I visited Ithaca, I went by the house and saw through the picture windows my mother has also insisted upon, that the staircase had been removed and a traditional one put in its place.

In time I knew there was no mystery or magical aura to that house at all.  It was just a house, made of brick and stone.  A family lived there, was sometimes happy, often wasn’t, and one day moved on. 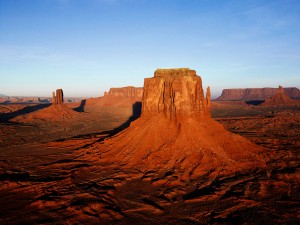