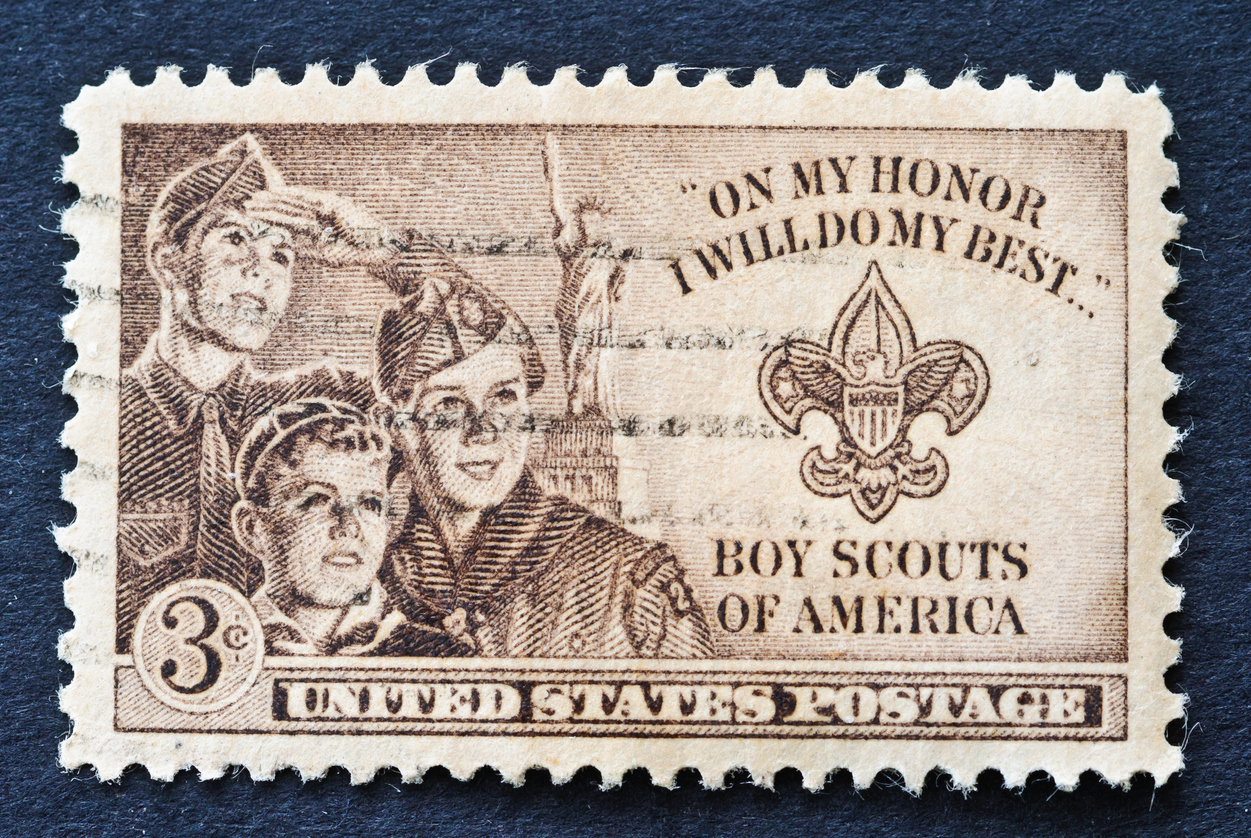 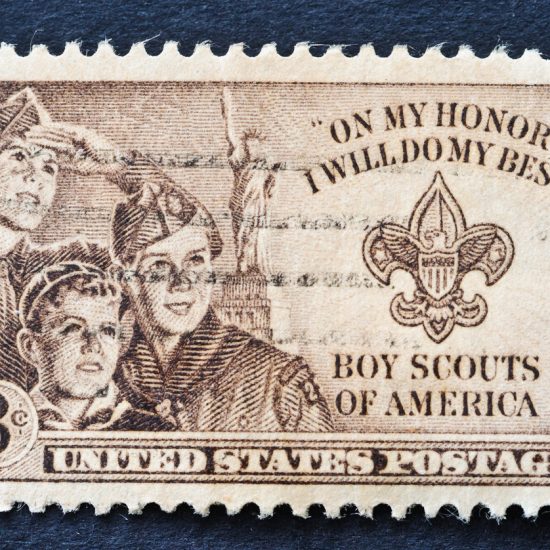 My feminism began with my father, who wanted sons. Had I been one he’d have named me Paul after my mother’s father, or Bruce, after no one he knew. He must have liked the sound alone, the angry strength of it, harking back to a long-lost Scots-Irish ancestor with an oblique connection to Robert The Bruce.

His wanting sons over daughters didn’t make him unique. A man wants his name to go on. This was before women kept their maiden names, or joined their husband’s with a hyphen. Isn’t that an interesting word, “maiden?”

My father was surrounded by the second sex. He had two sisters, three if you include the one who died in infancy. He had two daughters. Too many females. There might not have been if he and my mother had stopped at one child. He would have been okay with that. He cherished my sister and treated her like a princess. This went to her head and stayed there. When I was born, six and a half years later, I was consigned to the dungeon of her heart.

While I was growing up both of my parents were adamant I do two things they wouldn’t have asked of a son: be attractive and keep quiet. There were infinite lesser demands like being polite to guests, not talking back, not offering an opinion on anything unless asked. My father required all this of my sister, too, but when it came to talking, the way she ran on was no problem. She had manic tendencies and could get quite wound up about something. As long as she was cheerful he didn’t mind if she were occasionally vapid and shallow.

Not that he thought women should be stupid or silly. I don’t mean to suggest that. It’s simply while my father was highly intelligent he was also deeply insecure and needed to be in the spotlight. His words had to be the most compelling and instructive, his voice always heeded and sought. Female voices, while sometimes fun and amusing, had smaller truths to tell.

Yet my father was a champion of women, too, and surprisingly modern in his rejection of traditional female roles. As a young professor at Cornell in the early 1950s, he threatened to resign when a colleague was told her teaching contract would not be renewed because she was pregnant. His position was ground-breaking. He was told his career was in jeopardy, yet he persisted. The colleague’s contract was renewed, and she went on to become a renowned scholar in her own right.

My mother had an academic career, too, which my father supported. He encouraged her to get her doctorate, on the grounds she was highly capable and talented. She said it was because he looked forward to the higher salary she’d earn. Either way, his support of her extended to the housework and he often ran the vacuum cleaner or washed dishes. Even the occasional load of laundry wasn’t beneath him.

His efforts might have made for a happy marriage if my mother hadn’t fallen out of love with him. I don’t know that she was ever in love with him. The letters they exchanged during their engagement show that his devotion to her was warm and deep. Her tone was always cool and formal, friendly, never passionate. She told me once she knew six months into the marriage she’d made a mistake. Rather than get out of it, she hung on. Later, she fell in love with someone else. Her feelings were not returned, and this added to her grief and depression. When my father finally figured out what was going on, he was crushed.

A year later, he left. He didn’t tell me good-bye but gave that chore to my mother. He didn’t go far, just up the road into an apartment where I visited him twice a week. They started divorce proceedings. My father wanted to marry a former student, also divorced, who’d moved back to town after her marriage fell apart. She was nothing like my mother. For one thing, she drank like a fish, while my mother was circumspect with alcohol. She was intelligent and somewhat cultured, but my mother could read six foreign languages, was fluent in French, and had a Ph.D. from Harvard. But the new wife, or wife-to-be, was exactly what my father wanted and needed — someone who adored him and looked up to him. It helped she was fourteen years younger and overwhelmed by his academic stature and reputation among his colleagues.

My father infantilized her the way he always did my mother. Now, my mother often acted like an infant with her pouts and bad moods and taking to her bed to sulk. Wife number two wasn’t so much infantile as she was ridiculous. She was ridiculous because she was usually drunk. Infantilizing her somehow seemed fairer. And when I say infantilizing, I mean that my father disregarded her concerns, made them sound trivial, spoke down to her, exactly the way you would to a three-year-old child.

He did that to me, too. He thought I was stupid. The myth of my stupidity was something he and my sister worked hard to create and maintain. I needed to be stupid because it meant I deserved whatever contempt my sister chose to express. If you’re inherently a cruel person, you feel it’s okay to insult a stupid person and call them names. Our age difference also worked against me. My father would quiz us both, usually by posing a mathematical question. The first time he did this I was seven and my sister was fourteen. Her knowledge of numbers was naturally that much more advanced. Stumped and unable to answer, I was ridiculed. If you’re wondering where my mother was in all this, she was lying in bed with the shades drawn, wishing the man she was mooning after would leave his wife and carry her off.

Wife number two brought two children into my father’s second marriage, a boy and a girl. My father adored the boy and despised the girl. The boy was the elder, which helped. He had a learning disability of some kind. I don’t know, perhaps it was dyslexia. People weren’t very good at diagnosing those things back then — the late 1960s and early 1970s. In any case, I remember my father saying in astonishment he’d asked this boy to read an article in the paper and then summarize it for him. The boy, probably eleven or twelve at the time, read it just fine, or pretended to, but had no idea what it contained. The girl was a good reader, and pretty quick-witted, but she was at the bottom of the female totem pole, and any talents she possessed were invisible to my father.

Since my father and I no longer lived together and saw each other only at prescribed times, his attitude toward me became somewhat less harsh. I suspect that when he bothered to think about it, and compared me to the two children then under his new roof, I didn’t stack up so badly. I was an avid piano student, which he’d once been, too. He felt I was following in his footsteps with my passion for the keyboard. I was only interested in discovering for myself the joy of classical music, but he had to have it his way. Every milestone I passed in my development was compared to his, and because he’d been a prodigy — a word people don’t use much anymore — I always fell short since I wasn’t a prodigy, just a young person who worked very hard. He wasn’t unkind about this, or demeaning, which in time I found unusual, especially later, when I became a writer. It was then I learned along with once having wanted to be a concert pianist, my father wanted to be a writer, too. He couldn’t stand my effort in that field, or my ambition, or later my success. I’d go so far as to say he hated it.

Once, during one of our prescribed visits that were becoming increasingly difficult because we had so little to say to each other, we walked on the Cornell campus. It was at night, between winter and spring, and cold. There was slush on the ground and my shoes were thin. We moved fast. We turned onto a sidewalk, and my father told me to switch places with him so he could be on the outside. I asked why. He said when a man walked with a woman he always put himself on the outside so he could protect her from splashed puddles, or mud, or anything else that might come flying her way from the street. After a moment, he went on to say it wonderful to be a man, and much less wonderful to be a woman. I asked him to explain. A man was free to move about in the world however and whenever he wanted, he said, while a woman was much more circumscribed. She had to be careful. She was vulnerable to the predatory nature of men. He knew it wasn’t fair, but that there was nothing to be done about it. I had to accept the lesser status of my sex if I were to be happy.

Not long after this odd monologue my sister, casting about for a way forward asked his advice. What career could she choose that would guarantee her an interesting life, preferably one that involved regular travel? He told her to marry a professor.

Like most people, my father was complex and multi-faceted. He believed in chivalry and protecting women, yet had a deep respect for his female colleagues. He also respected my mother and feared her. He admired my sister but didn’t respect her. I think he came to respect me for things that had nothing to do with what I wanted or achieved, but for my general outlook on life. He said once he liked that I didn’t feel sorry for myself, that I didn’t see myself as a victim. I guess that’s true. What’s also true is that my father’s attitudes did much more to make me a feminist than my mother’s strength and professional success. Maybe if he’d wanted daughters I wouldn’t be a feminist. That’s a hard concept to reckon with, and it might not be true, but really, who knows?