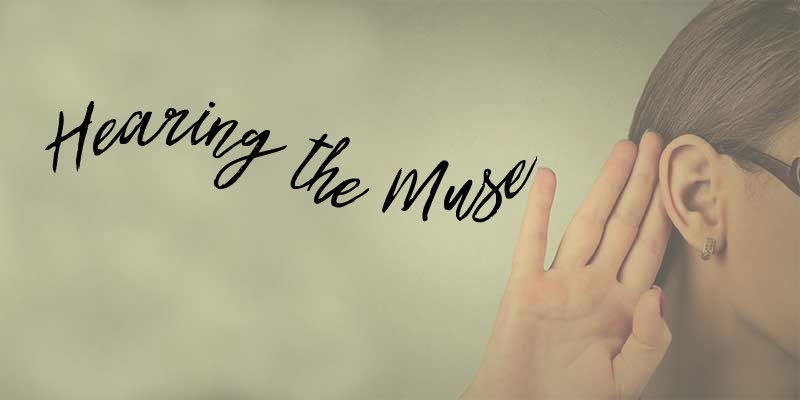 Americans are practical people. We think about profit and loss, success and failure, maximizing our utility, avoiding diminished returns. We’re healthy Capitalists. We live for the business model of constant, steady growth. We seek profits at every turn.

What if you’re an artist? Or someone for whom money just doesn’t matter all that much?

Sadly, these two states often join over the fact that art isn’t very well-appreciated sometimes and is judged only by the income or revenue it can generate.

As a writer of literary fiction, I’ve had to pull myself time and again out of that paradigm and find a new value system. I can’t let my royalty report determine my worth as a writer. I can’t let anything drag down my passion and zeal to conquer the blank page. If I start thinking about dollars and cents, I’ll never write another word.

So, profit aside, why is writing—not just mine, but everyone’s—important?

Literature connects us. Lives we know nothing of are revealed, and we relate to those lives by feeling what fictional characters feel as they navigate the universal seas of love, loss, fear, joy, and despair. To push the nautical cliché a little bit more, we’re really all in the same boat, and literature reminds us of that. We live in a factionalized world. Our divisions are deep, or so they’re touted as being. But, really, if we read a book about a nineteenth century French woman who ruins her life by being seduced both by men not her husband, and a deep taste for luxuries she cannot afford, and feel her pain, how truly divided are we?

Literature betters us. Not only do we better understand one another, but we form an appreciation for beauty in general. Now, I know that not all writers put beauty of language and meaning at the top of their list of goals, but in literary fiction, that’s where they stand. Beauty and proportion give us something to strive for, to emulate, to balance out the strain and challenge of everyday life. Beauty is life-affirming. It gives us hope and the strength to continue in whatever endeavors we’ve chosen—or had chosen for us—as the case may be.

Literature can be an agent of social change. It raises awareness. Think of Uncle Tom’s Cabin, The Grapes of Wrath, All Quiet on The Western Front, Catch 22, and so many other moving titles that altered the way we see poverty, injustice, and war. Consider Anna Karenina and how it allows us to see the double-standards applied to women in a particularly patriarchal time and place.

My own work is less overtly political and more aimed at probing smaller corners of the heart. My characters, usually female, shift for themselves with varying degrees of success. Their stories are usually ones of personal courage in the face of private nightmares. They don’t tend to be thrust into larger world events. My backdrops are almost always domestic, private, often defined by two people in a dying relationship. Yet, I like to think I can change a reader’s understanding of all things human just a little with a well-crafted portrayal of grit, determination, and ultimate redemption.

In my new novel, Women Within, redemption is slow to arrive. Three women, whose lives intersect at the Lindell Retirement Home in upstate New York search for meaning and value in the roles others have demanded they play—and in the case of the most elderly, a resident at the end of her life, one that she adopted of her own accord. This is Constance Maynard and as a retired professor of History, a Medievalist, her take on the female experience throughout time is that we’re judged by our ability to have children. Quite apart from any natural desire to be a mother, heirs, particularly sons, were critical to both a woman’s success and security across all level of society, but most importantly among the upper classes. Sons raised armies. Women didn’t as a rule, though there are instances of military aggressions that had a female at the head. Sons inherited the land. Sons held the power, and if a wife couldn’t produce them, she was often discarded.

For Constance, this outrage took a personal turn in her own life when she decides to pass an adopted child off as her own illegitimate one. She is bold about stating the child was born out of wedlock. She welcomes the stigma which then attaches to her. Sadly, for the child, the stigma that also attaches to her causes harm, a loss of self-esteem, a lifetime of emotional insecurity.

One of Constance’s caretakers, Eunice, hasn’t had the benefit of higher education. Nor is she wise about men. In fact, she’s rather hopeless where that is concerned. She is so needy for love that she tolerates bad behavior. One man manages to swindle her out of a fair amount of money by saying he is in love with her. Another is blatant in taking advantage of her generosity. And yet another turns out to be so emotionally unbalanced that she must beat a hasty retreat. In her fifties, after so many failed relationships, she finds the one best suited for at that time of her life – a purely platonic arrangement with a man who helps her set up her own home care business. I think the lesson one might draw from Eunice is that putting oneself on anything but an even plane with a man is bound to end badly.

The last woman in the trio is Sam, who changed her name from Samantha, because she doesn’t feel particularly feminine. She’s young, tall, carries too much weigh, and walks with a limp. These physical challenges are only part of her personal struggle. She’s the product of a rape against her mother. Raised in the home of her maternal grandparents in an atmosphere of strict religious intolerance, she’s made to feel like she’s a “bad seed,” even as her own mother is punished for bringing sin and shame into the household. Sam processes all of this, finds her own balance and outlet in her love of poetry, and then learns that she’s been raised on a lie. Her mother wasn’t raped. She was a willing participant, too afraid to tell her parents the truth. She thought if she made herself out a victim, her parents would view her unwanted pregnancy less harshly. It’s a tactical mistake that costs both her, and her daughter, Sam, dearly. I wanted to expose the attitudes some people hold about sexual assault by blaming the blameless.

So, for literature to accomplish any of its goals it cannot be too palatable, too appealing to a wide audience, in other words, too tame. Literature must take chances. An author can’t worry too much about offending someone’s sensibilities. Literature should challenge what we think is true, what we’ve gotten used to seeing, what we accept as the status quo.

How could writers—or any artist, for that matter—do any of these things if they focused only on money?

But it isn’t just money we have to try to walk away from. Even earlier in our careers, many of have had to wrestle with disapproval from people close to us. A writer who hasn’t published anything is particularly vulnerable to this. Some feel that you’re not a “real” writer until you’ve been published by a major publisher or had several books published. I always wondered what qualifies anyone to make these judgments, particularly in the last few years, when the landscape of publishing has changed so dramatically. But then, more opportunities for authors came with more suspicion, more doubt. Your work is only valid if it’s published traditionally, some say. To invest your own money in a book project is proof that it lacks merit. Again, where do these judgments come from, and why do we listen?

To any writer who is just starting out, I say listen only to your muse. She has a powerful voice. To writers with more experience, I say don’t look at your financial bottom line when you’re writing. If you pen a best-seller, good for you, but you probably won’t. Apply your craft, refine your vision, stand in the world firmly as someone devoted to creating art on the page.

In the end, that’s the one and only goal we should judge ourselves by.