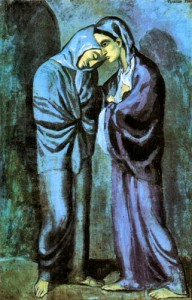 Well, you did it, you nitwit voters.  Called them all back to spew more of their nonsense about taxes and the evils of government spending.  You, the great middle-class, whose numbers are far larger than any other strata of our country, you’re the ones to blame.  And you’re the very ones the Democrats have tried to protect and whose lives they’ve sought to improve.  But no, the Republicans are so much more appealing, because like the average two-year-old, their favorite word is “no.”  And just what do you think will happen now?  Now, that the Bush tax cuts probably won’t expire.  Now, that the economy is still struggling forward.  Now, that banks are reluctant to lend, even to qualified buyers.  I’ll tell you what – another downturn in all of our fortunes.  And what will the Republicans do then?  What they always do.  Blame the Democrats, even when they’re at fault.  Do you want to see the value of your home drop further?  Do you want to see the meager safety net the government provides to people in your income bracket unravel a little more?  Do you want to see the rich get richer and more arrogant?  Good, that’s exactly what you’ve put in place with your stupid vote.   You deserve all the misfortune that comes your way.

And here, at home in Washington State, I’d like tell my fellow voters that you, too, are a bunch of idiots for voting against the state income tax.  I don’t know if you’re aware of it, but most states in the country have a state income tax, and their residents manage to sleep at night.  Oh, and did you know that state tax can be deducted on your federal tax return, whereas sales tax can’t?  Bet you missed that one.  Because you’d have to actually know something, and not respond to a bunch of stupid rhetoric.  Well, good luck with the quality of your public education, and social services, and public health and safety.  I heard this morning on the radio that Olympia has to close a four billion dollar short-fall.  And who’s going to pay for that, exactly?  You are.