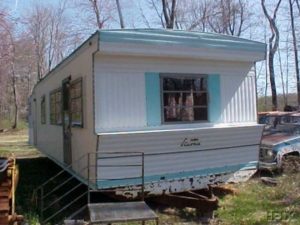 Ours was a middle-class family.  We weren’t poor.  We didn’t struggle.  That came later, after my parents divorced and my mother, lacking financial savvy, exchanged child support payments for having my father’s name removed from our home’s deed of trust.  In the 1960’s married women didn’t manage household money, and were often at the bottom of a steep learning curve when the marriage came to an end.  My mother was no different in that respect.  Where her experience lay outside the norm was in having a career.  She was an associate professor at Cornell, in the French Department.  Around 1970 or so, two years before she’d had enough and found a better opportunity at Rutgers University, she was told confidentially by her chairman that even if she were promoted and granted tenure, she’d never earn as much money as my father, already a full professor in the English Department.

Having a career – working outside of the home – meant that she needed a cleaning woman.  Maybe she didn’t exactly “need” one, but after a long remodel of our home, where we broke through the second floor of what had been a house divided into three apartments – there were that many more square feet to keep in order and she didn’t have time.  We ran through several women, one of whom relieved my mother of a cheap silver pin, and another who brought in a bag full of clinking bottles (the bottles did not contain cleaning products) before settling on Frieda Collins.  Mrs. Collins, as she insisted on being called, didn’t steal and didn’t drink, but she ate.  She was allowed to make herself a lunch from whatever was on hand in my mother’s kitchen.  Her favorite was a fried egg sandwich with a startling amount of mayonnaise.  Or any one of a number of cold, delicious left-overs, like coq au vin, veal scaloppini, or stuffed peppers.  My mother was an excellent cook.

Mrs. Collins’ gourmet tastes were frustrated by her lot in life.  Her husband had had a back injury, and couldn’t work.  He lay on the couch in their tiny trailer and watched television while Mrs. Collins hauled our bedclothes up and down our creepy basement stairs, ironed obsessively, vacuumed with a scowl, and complained about the mess in my room that she refused to work around.  When she was done for the day, off she went in an old, smoky yellow station wagon.

What did our lives look like to her?  Privileged?  Soft?  Assuming she lacked empathy for my mother – and I have no real reason to think so – did she gain more when my father walked out of their twenty-three year marriage, took up with a former student, and moved into a house less than three blocks away?  It was around that time that my mother began addressing Mrs. Collins as Frieda, and I was surprised one day to hear Mrs. Collins call my mother Jean.  My mother took to making Mrs. Collins’ lunch ahead of time, and left it for her under plastic wrap in the refrigerator.  Sometimes they laughed together in passing.

We left Ithaca in 1972, and Mrs. Collins didn’t find another job.  She was getting on, she said, and her husband was finally back at work repairing the roads all around Tompkins Country.  Towards the end of her time with us, she showed me a picture of the trailer where she lived.  I thought it was fake, like a stage set or a movie still.  I’d never seen a trailer before – but would live in one in Colorado only a few years later.  Hers was rusted (mine was, too), with slatted window (ditto), and window boxes full of flowers (here the similarity ends).  It was meager, but clearly beloved, tended by someone who probably looked forward to having more time to give it, and then taking her turn on the couch, feet up, feeling proud of herself.