Career or Calling? Thoughts on the Writing Life, by Anesa Miller

Home / Musings  / Career or Calling? Thoughts on the Writing Life, by Anesa Miller

Career or Calling? Thoughts on the Writing Life, by Anesa Miller

Today I’m pleased to host Anesa Miller as she shares her thoughtful essay, “Career or Calling? Thoughts on the Writing Life.” Anesa’s debut novel, Our Orbit is now available from BookTrope. Buy links appear at the bottom of this page. 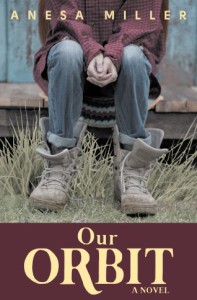 Nine-year-old Miriam Winslow never wore new clothes, never had a haircut, and believes that sinners must repent with dramatic displays of remorse, or harm will come to their loved ones. Now thrust into foster care, Miriam must adapt to a secular lifestyle while struggling to keep in touch with her past.Foster parents Rick and Deanne Fletcher quickly come to love their “new little girl.” Soon they meet the rest of Miriam’s family. Uncle Dan believes he was abducted by aliens. Sister Rachelle, just out of juvenile detention, harbors painful secrets. Brother Josh is outraged that the Fletchers disrespect Christian teachings. He vows to take Miriam out of their home and put a stop to meddling in his family’s way of life.

Now a finalist in the Next Generation Indie Book Awards for Best Regional Fiction, Our Orbit captures the tension between modernity and tradition in the Appalachian corner of southern Ohio. “A literary novel that reads at the pace of a thriller.”

Thoughts on the Writing Life 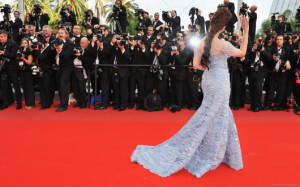 A long-awaited milestone, such as the publication of a novel, brings both joy and reflection. Mine, OUR ORBIT, was published last week by Booktrope of Seattle after years of work and (often frustrated) hope. Questions come to mind, some my own and others posed by friends or fellow writers: What do we accomplish by writing books in the digital age? Why crank out hundreds of pages in the days of 140-character tweets? And is the “game worth the candle” in terms of rewards, whether tangible or otherwise—to borrow a phrase from an era when reading had less competition as a form of entertainment and enlightenment?

My favorite uncle, a student of art history in his youth, always affirmed the adage that, “Truth is beauty and beauty, truth.” With a smirk, he would add, “That’s all you need to know!” My truth in writing a novel of social conflict set in the notorious swing state of Ohio involves such controversial matters as abortion and prejudice based on class, race, and sexual orientation. The effort to treat these issues with a fictional type of truth earns me no love from certain quarters, including a few branches of my own family.

Was it worth it? Does publishing a book justify losing friends and alienating people? I don’t expect fame or life-altering royalty checks. So the question leads me to ponder the notion of a “writing career.” Actually, that’s been on my mind for 50 years as the highest achievement I could possibly attain! Social media reveals that this goal is shared by tens of thousands of people in the English-speaking world. But beyond the basics, I’m not sure how most would define “career.” 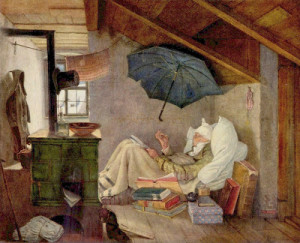 One obvious question is whether a career must produce monetary income. Things we do, no matter how we love them, tend to be called a “hobby” if they fail to bring in at least as much money as required for ongoing practice. No doubt hobbies get an unfairly negative rap. Still, the word has a connotation of triviality or light amusement. Distraction for dilettantes: knitting today, decoupage tomorrow.

This is nothing like the attitude of most writers toward their craft. The inner voice that guides the pen (or fingers on keyboard) is an intimate part of our selfhood. Writing expresses a quality of the author’s mind that seems to embody a higher personality. Even a soul. Until we frame experience in words, we hardly know what happened or what to think. At the same time, writing is a way of reaching out to people we could never meet in our physical lives, a point of contact with humanity. Or at least a hope for contact if we succeed in finding readers.

Eventually, we couldn’t switch to another “career,” or even another “creative outlet,” if we wanted to. As writers are known to declare in moments of despond, “I’m entirely unfit to do anything else!” (Although some have done quite well, after all. Bless their hearts.)

Throughout history, writers have failed to earn enough money to shake a quill at. Yet many of these wound up contributing to the canon of world literature and belatedly entered the hearts of more readers than they dreamed of finding while they wrote and struggled. Among the members of this special club are Thoreau, Dickinson, Poe, Kafka, at least two of the Brontës, and John Kennedy Toole (the posthumous Pulitzer Prizewinner for A Confederacy of Dunces). 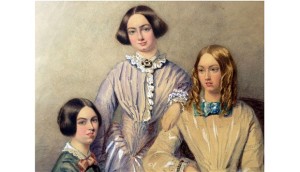 And it should never be forgotten that others have paid the ultimate for stubbornly practicing their craft under totalitarian regimes. Not merely denied a living wage, these writers were hounded and killed for the truth of their words: Osip Mandelstam, Nikolai Gumilyov, and Víctor Jara. Still more were marginalized and persecuted: Anna Akhmatova, Theodor Kramer, Boris Pasternak, Alexander Solzhenitsyn.

The PEN International Writers in Prison Committee reminds us that persecution continues around the world today. American writers may have little more to fear than being ignored and unsupported, but we share the dedication to a practice that often resembles a calling more than a career. We feel an inner drive to seek perfect self-expression despite the lack of material reward. Or reward of any kind: Praise, recognition, a place in society, even self-respect. When our work is such a profound reflection of our minds, affirmation is a persistent craving, but all may be withheld by the cruel muse. Not to mention a society with “other priorities.”

Having known a good number of aspiring authors, I feel qualified to insist that few are hoping for lifetime poverty followed by posthumous fame. In fact, few appear to give any thought to what might become the “great works” of the future. Most would like to realize a small profit on book sales, or at minimum, break close to even on their investment in materials and services such as editing, proofing, and design. Our wildest dreams may involve the sale of film rights, which might at least begin to pay down an English major’s student loans. Only those who mimic the style or genre of popular authors like Stephen King or Danielle Steel seriously imagine that their work will bring riches or renown.

Samuel Johnson would say that the world has grown crowded with blockheads. (He of the famous quote, “No man but a blockhead ever wrote except for money.”) True, Mr. Johnson lived in an illiterate age, when the slightest skill with letters carried a premium. It’s far easier today to go broke amid a crowd of scriveners than it was in the 18th century. Nonetheless, this deters few from trying to distinguish themselves. Ourselves. So again, I ponder, why do we do it? How do we go on?

It’s hard to turn away from a true calling. What’s often termed “the writing life,” in which daily practice takes precedence, requires an almost spiritual discipline. When it may take years to “finish” a book and longer to perfect it, deferred gratification is the order of the day. But for a writer striving to publish, it’s even more essential to “sit with” your ego, in the Buddhist sense: to tolerate its flights of arrogance without succumbing to them. To use that energy while resisting its delusions of grandeur.

You must believe in your skills enough to keep applying words to page, but not so much as to allow specific hopes—This agent will take me! That magazine will feature me!—to outgrow the proverbial, tiny mustard seed. Disappointment is always around the corner…though fresh efforts are available as well.

And so, many of us content ourselves with a monkish satisfaction and careful management of our own expectations. A life of self-denial? To keep faith with one’s artistry, always striving in uncertainty to bring forth greater truth, is a type of loyalty to one’s humanity. To all of humanity.

Then comes the occasional word of thanks from a reader: your story touched a chord, raised a memory, sparked new ideas! Or a reviewer demonstrates a deep engagement with the work—”Yes! That’s what I was trying to say all along.” For a moment, drudgery vanishes, and the calling becomes a blessing we cannot fail to answer. The effort was worth every word: all the words on the page and the thousands more crossed out like submerged stones that let you walk on water.

Anesa Miller is a recipient of a Creative Writing Fellowship from the Ohio Arts Council. She studied writing at Kenyon College and the University of Idaho. Her work has been published in The Kenyon Review, The California Quarterly, the Southern Humanities Review, and others. Her debut novel, Our Orbit, releases from Booktrope of Seattle in June 2015. Anesa currently divides her time between Ohio and the Pacific Northwest. 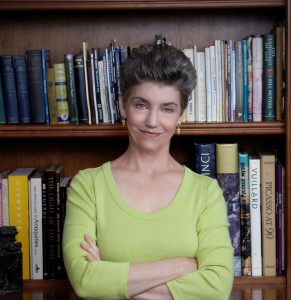 Anesa Miller’s new novel, OUR ORBIT, is available at:

and by order from most brick-and-mortar stores.

You can always find Anesa at: