Bree’s Miracle – from BY THE WAYSIDE

Home / New Fiction  / Bree’s Miracle – from BY THE WAYSIDE 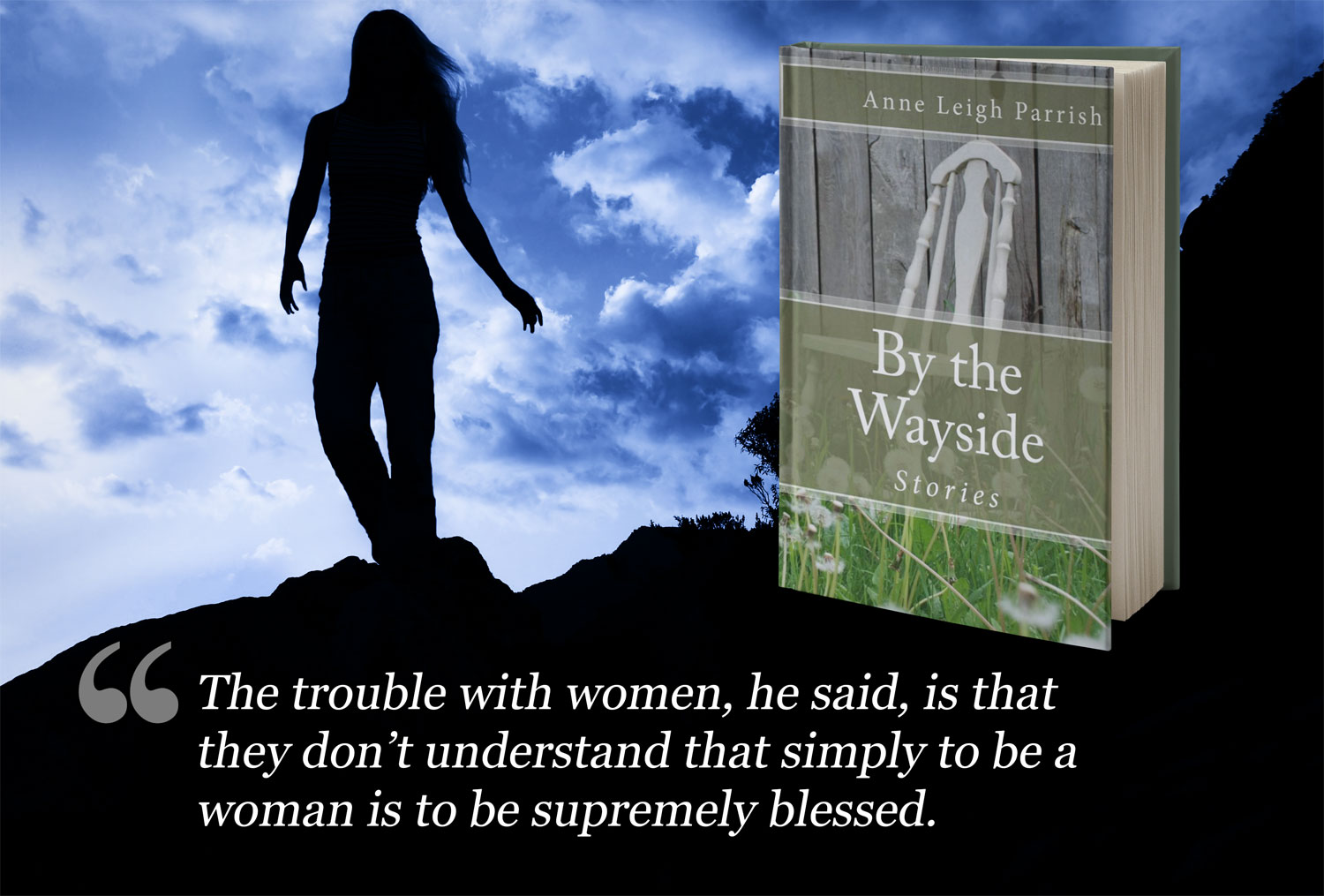 Bree’s Miracle – from BY THE WAYSIDE

Bree had a female complaint. Bad periods, I mean this girl could really bleed. Started at age eleven, would probably be pushing sixty when she quit, lots and lots of Advil on board, not to mention all the Kotex she could run through in that wretched week a month. And the pain, can you imagine?

Her doctor told her she had a fibroid. She stared at him over her raised knees. A non-cancerous growth, he said. Completely harmless. Except that it caused excessive bleeding, which is why she tended to be anemic and why her periods were so agonizing. She missed work because of them. Her boss was not very sympathetic. He suspected her of malingering.

The doctor looked at her over his bifocals, assessing her in some way that wasn’t purely medical. He suggested an ultrasound to get a better look at the thing. The procedure was explained.

The ultrasound required that her bladder be full. Really full. About to burst full. Bree considered downing a bunch of beer and thought that might not be wise. She drank four glasses of water during the course of one hour, then drove to the clinic where the procedure would be performed. She signed in, and hopped lightly from one foot to another to keep from peeing in her pants. The receptionist was unmoved. She was no doubt quite accustomed to women walking on tiptoes, knees together, with gritted teeth and tense faces.

The bed Bree lay in was remarkably comfortable. It was wide, and the head lifted at the press of a button. Her grandmother had a bed like that in her home, for which she’d paid a handsome price. She was very fond of elevating her feet because her ankles tended to swell. Bree was unsure whether this particular bed also had a foot lift. She was about to ask, when the ultrasound technician inserted the probe between Bree’s legs and focused hard on the screen.

He was silent as he worked, though his gaze grew more and more alarmed. Bree tried to remain calm. The technician excused himself for a moment, told Bree she could use the bathroom if she needed to, and said he’d be right back. Bree scurried from the table and walked, bent over, to the adjacent room. She was on the toilet a good forty-five seconds. When she was empty at last, her sense of alarm rose up again. What had the technician seen that upset him so?

When she returned, the technician and her doctor were seated together before the monitor, looking at the images frozen there. The doctor asked Bree to take a seat on the bed for the time being.

“I have no explanation for this, but your fibroid has the face of the Virgin Mary,” he said.

“Get out,” Bree said, weak with relief that her plight was not at all serious.

“I’m telling you the truth. You have received a remarkable and mysterious blessing.”

The doctor turned the monitor around so that Bree could view the image for herself. It was the Virgin, all right—head bent, expression demur, halo charmingly tilted.

“Is the baby Jesus there with her?” Bree asked. She still wasn’t able to take any of this seriously.

The doctor appeared stunned by her question. He told the technician to re-insert the probe and take more pictures.

“But I just emptied my bladder,” Bree said. The doctor didn’t care. Even without the pressure of all that urine, an image of Jesus—if it were truly there—would come through clearly.

The doctor crossed himself, and then said he wasn’t a religious man. Bree was witness to a conversion. Miracle upon miracle, in that tiny room.

“What about the fibroid? It is a fibroid, right?” Bree asked.

“No doubt about it. A most glorious, special fibroid.”

“You can’t be serious! You’ve been handed a miracle, and you wish to destroy it?”

The technician was glaring at her now, too.

“Hey, guys, take a chill pill,” Bree said. “Let’s not forget that this is my body we’re talking about here. Plus, it hurts like hell. I want the damn thing out.”

The doctor shook his head sadly.

The trouble with women, he said, is that they don’t understand that simply to be a woman is to be supremely blessed.

“You are givers of life. You are duty-bound to preserve it,” he said.

Bree swung her legs from the table. She told the two men in the room to give her a moment to dress. Then she met the doctor back in his office to further discuss the situation.

The doctor implored her to reconsider.

No way. She wanted it gone.

He could not support that decision.

Then she’d find a doctor who would.

How could he make her see that she was in the hands of something larger?

There was nothing larger, or more important.

“If you were a woman, you’d understand,” Bree said.

She left him sitting at his desk, clearly in a state of woe.

The doctor she found to rid her of her affliction was pleasant, efficient, and said that it was very refreshing to meet a young woman who knew her own mind.

Afterwards, she never had a moment’s regret about doing away with the Virgin Mary and the baby Jesus, who had, for some insane reason, decided to make a home in her womb.