Behind The Book – What Is Found, What Is Lost

Home / Musings  / Behind The Book – What Is Found, What Is Lost

Behind The Book – What Is Found, What Is Lost 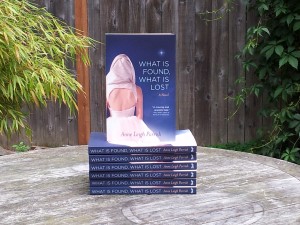 What Is Found, What Is Lost, like most, if not all novels, is about a number of different things. First, it gives us four generations of women who are related by blood, but often know very little about one another. Daughters are ignorant of their own mothers’ hearts; mothers find their daughters mysterious creatures. Next, it’s about secrecy, keeping essential facts hidden; giving one version of yourself to the world, but occupying a very different reality within. It’s also about religion, faith, and extremism. The women in the novel experience all three in some form. No one religion or denomination takes center stage. We meet a Jew, a Catholic, an Episcopalian, a Baptist, and a woman who converts to Islam. Why the emphasis on religion and faith? In a nutshell, because of the vast difference between the two. Doctrine is one thing, devotion another. We live in a time where religion is very divisive – though perhaps at any other time in history this was equally true.

On a personal level, this novel arose from an idea I formed about my own grandparents. Let me say at the outset that any conclusions I drew about them were unsubstantiated, since I barely knew my grandfather, and my grandmother died two years before I was born.

In any case, in the novel, the second part begins with a married couple who leaves Constantinople and come to Huron, South Dakota. My grandparents did exactly this. And they did so in the year I stated, 1920. The man is Swiss, the woman, Armenian. Again, this is all factual. But there the reality ends and the supposition begins. My fictional account has the man being a Jew, but concealing the fact, claiming publicly that he’s actual a Calvinist. His menorah is discovered by a neighbor when she marches in, pie in hand, while they’re unpacking on a particularly warm day (hence the open front door). The neighbor says she’s never seen a candelabra quite like that, and the man explains what it’s for, and that it belongs to his wife. His wife has strong Mediterranean looks, which allows her to “pass” in the community as a Jewess. The truth is that my grandmother had a menorah, but was raised a Catholic. My grandfather’s last name was Jacob. I put two and two together, and may have created a complete falsehood, but one I went with, nevertheless. At first the wife accepts the ruse, agrees to go along with her husband’s request, but tires of it in time. She falls in love with the son of her neighbor, a younger man, and they run away together to Chicago.

As to the matter of faith, this was somewhat trickier for me to portray. As an atheist, I had to do a lot of thinking, which was helped along by another character, Lorraine, daughter of the Armenian woman, Anna (my real-life namesake) and the man she left her husband for. Lorraine latches on to Gospel like a drowning woman to a rope, and never lets go. She terrorizes her daughters, is intolerant, narrow-minded, and demanding. Her single-mindedness fails her in the end, when near death, she is besieged by doubts. But that was too easy, really. My own sensibility too thinly disguised. So I had one of her daughters, who fled the dogmatic madness, harbor a deep and abiding faith in God that time shook, but didn’t destroy. This, I feel, is the heart of the novel, that faith is a private matter and can be sustained, no matter what.

Yet faith is tested, and sorely so. An Episcopal priest, whose wife suffers from a mental illness and is first institutionalized, then returns to her parents’ home, falls in love with an exotic dancer. The object of his affection has no interest in religion whatsoever, yet he is desperately drawn to her. Soon he finds he can’t continue in his capacity as a spiritual advisor, and takes a leave of absence. The woman runs away from him, taking her little boy with her, back to her mother’s house and a life she once despised. When the priest visits her there, he realizes that she has, in fact, been saved by his love, because in fleeing it, she also left behind a seedy and unsatisfying existence. It’s at this moment that the priest reflects on the nature of miracles.

There are other examples of the intersection between the secular and the divine, public and private expressions of faith, and as the title says, what is found, and what is lost. To discover them all for yourself, you’ll have to read the book. I very much hope that you do.