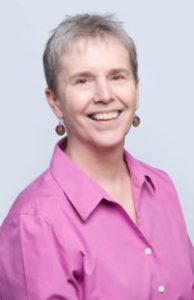 ALP:  Golf seems to be a major factor in your life, both in your debut novel, A Tight Grip, and your personal life. Tell us a little about your history with the sport, and how it influenced your writing of your book.

KRC: Golf was my first passion in life. It helped that one of the best public golf courses in the country was across the street! I started playing at 9 years of age, began entering tournaments at 12, and enjoyed many wins while learning and building character from losses. Some great things that golf provided me: confidence, discipline and focus, lifelong friendships. It was an equalizer with men. They often grumbled when I played from “the men’s tees”with them, but when I outdrove or outplayed them, they settled down and I felt respected. I gave up competitive golf in my late twenties, and it turned into a social game which I hope to play well into my eighties.

In A Tight Grip, the main character, Par Parker, is obsessed with competitive golf, and the younger players upstaging her fuel a mid-life crisis. The golf action in the novel comes straight from my experience, though fictionalized. I enjoyed reconnecting with that period in my life.

ALP:  You’ve had a number of other careers besides writing. What were they?

KRC: Yes, I’ve been an avid career changer. After graduating from Michigan State University with a BA in Marketing, I landed a job as a Business Analyst with Dun & Bradstreet in Denver. Fun job! Living and working in a big city for the first time, I hobnobbed with people from different backgrounds and areas of the country, had new experiences, and dedicated myself to a business career where I held a variety of positions in four different industries.

I continued to migrate west, sampling year-round summer in Phoenix (playing a lot of golf), then moving to Seattle and falling in love with the Pacific northwest. Corporate life lost some of its appeal for me, and I had a desire to teach, so I switched careers. A private university hired me as part of their business school faculty, and I hate to say it, but I had to master their verbose academic writing style. I played along until I couldn’t stand it anymore.

The final three years of my full-time working career led me to the field of transportation. As a transit instructor I trained people with disabilities and seniors how to get around on public transportation—buses, light rail, trains. It was an unusual and satisfying end to my work life.

ALP:  How did these other occupations feed into writing?

ALP: Did you always write, or want to write?

KRC:  No. For 40 years, the left side of my brain dictated my path in life. I was analytical in my thinking, planning, living. Creativity was dormant, out of my reach. What blew the door open to the right side of my brain was getting involved in therapy. My therapist was fabulous. Among other things, she recommended journaling, and I discovered an affinity for expressing my feelings, struggles, problems, experiences on paper.

I was a late blooming reader, and an even later blooming writer. I just celebrated my 60th birthday and life is the best it’s ever been. It helps that my left and right brain have stopped wrestling, and now play nicely together.

ALP: You brought out your book with She Writes Press, which describes itself as a hybrid publisher. What does that term mean? Did you try to get a traditional publisher interested in the book?

KRC: She Writes Press (SWP) is an independent press. Aspiring authors submit their work, and if accepted, SWP partners with them to publish their book. I paid for their services, which included editing, cover design, back-cover design, internal layout. SWP manages royalty payments, metadata, and advises me along the publishing path. Distribution through Ingram Publisher Services came with the contract. SWP has a commitment to producing high-quality books, and I’m honored to be a part of their list.

I did try to obtain an agent. After several rejections, and knowing the publishing industry was changing rapidly, I decided to try publishing with an innovative indie press.

ALP: On the crowded shelf of women’s fiction, what makes your novel different?

KRC: My main character celebrates her physicality. Besides being a four-handicap golfer, she loves to swim nude in her backyard pool, loves to dance like Isadora Duncan, and then there’s the sex scene in the kitchen! Par is fascinated by Isadora because she was a rebel, an innovator, a risk taker, a bon vivant—everything Par is not. There’s a theme of father worship, which I believe is underplayed in novels. Regarding teenage angst, I enjoyed portraying a teenager (the girlfriend of Par’s son, Joey) who was wise, and could teach Par a lesson or two about life. Also, there are six million women golfers in this country, and I think they will be able to relate to Par Parker’s competitive spirit and love for the game.

ALP: What authors/books do you admire the most?

KRC:  Annie Proulx for Shipping News and Brokeback Mountain; Jeffrey Eugenides for Middlesex; Rebecca Wells for The Divine Secrets of the Ya-Ya Sisterhood; J.K. Rowling’s Harry Potter Series; Nelson DeMille’s Charm School. These stories are unforgettable, touching, entertaining. I appreciate character-driven stories, drama, grit and honesty on the page. I love being transported to a different culture, and learning history within a fiction frame: Cutting for Stone by Abraham Verghese, A Man in Uniform by Kate Taylor, The Good Son by Michael Gruber. Friendship stories have always appealed to me as well. I’ve enjoyed YA books like Stargirl by Jerry Spinelli, Harriet the Spy by Louise Fitzhugh, and Louis Sachar’s Holes.

KRC:  I loved the challenge of writing a novel. I loved committing myself to this goal, and I loved immersing myself in the creative-writing process. For several years I was part of a writing group where I met new people and enjoyed the critique process, and the support. I remember giving the first draft of A Tight Grip to my partner, Julie, and BFFs, and receiving positive and encouraging feedback. I enjoyed saying, “I’m a writer.”I get even more enjoyment saying that now. My biggest thrill came about ten years later when I signed with She Writes Press to publish A Tight Grip.

Toughest moments were when that demon, self-doubt, clouded my brain and abilities. Sometimes I’d sit for a while with the self-doubt and feel like shit. Sometimes I’d wrestle with it in a kvetching journal, until I could move out of its grip.

ALP: While you were learning and perfecting your craft, was there a teacher or mentor who inspired you the most?

KRC:  Some Seattle authors I’m grateful to for teaching classes I benefitted from are Rebecca Brown, Priscilla Long, and Maria Semple. I began studying the craft by earning certificates in fiction and non-fiction writing at the University of Washington. Also, Hugo House classes have expanded my skill set.

ALP: What are you working on now?

KRC: I see three options for my next book.

1) By the end of the story, Par discovers the transformative power of adversity, and what it means to be a woman of a certain age, but there’s still a lot of life ahead of her and there are loose ends for other characters. If enough readers of A Tight Grip send me comments that they want to see more of Par Parker, I would strongly consider a sequel.

2) I drafted a novel set in Seattle during a crazed November (2011) with NaNoWriMo. I’m being ruthless in cutting the chaff, editing the good stuff, and strongly considering the heart of it to be my next novel.

3) I’m tempted to write a book of essays because I am attracted to the form, and one of my favorite teachers, Priscilla Long, is an essay writer and I’d love to study with her again.

KRC:  Fall in love with editing, and be patient. Learning the craft of fiction is a life-long learning process, so always be open to taking classes or hearing a lecture.

Avoid fantasizing who will play your protagonist, or write the screenplay, or direct the big-screen version of your story before your novel is written and polished! I heard John Grisham say, in an exasperated tone, that he had aspiring authors come up to him asking about his process for selling the movie rights to his books, before they ever wrote a sentence.

Also, I recently received a review of A Tight Grip that said in part, “Finally, a story that ended when it should.”As a reader that comment resonated with me, and as a person with a short attention span, I felt happy that my 60,000-word novel was just enough for this reader.