At a Crossroad – Again

Home / Musings  / At a Crossroad – Again 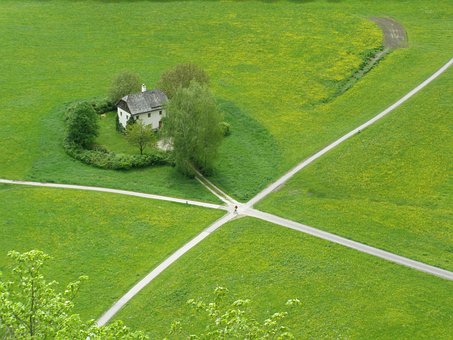 At a Crossroad – Again

Until five years ago, I felt like the most successful writer in the world. After struggling with the short story form for almost a decade, things fell into place. I published regularly. I won awards. I made very little money, but I had a very satisfied ego.

Then I put my best pieces into a book and hunted for a publisher. That’s when I discovered how hard it is to find a home for a story collection. I found one, though, and the collection came to life in the fall of 2011. I had no idea how to market this fabulous first book. I knew nothing of social media. My publisher had no idea, either. He said only that I should find my readers on the internet.

A few copies sold now and then, bought mostly by people close to me. In other words, sales were dismal. I did what I always do when something about the writing life galls – kept writing. Soon, I had a second collection, based on the final story in the first book. This was a linked collection, or what is sometimes call a novel-in-stories, though that particular designation never made sense to me. In any case, I had a robust, compelling manuscript, and where the first book sold poorly, this one would fly off the shelves, or so I hoped.

My publisher didn’t want to look at it. Sales of the first book were too low to warrant even thinking about bringing out a second book. What to do? Someone suggested a new publisher, She Writes Press. So I sent in the first story from my new book, and was told based on my sample that I was considered a “Track One” author, which meant all my manuscript needed at that point was proofreading. Incidentally, the Press does not automatically accept every manuscript for publication. Many authors fall into their “Track Two,” which means heavy copy editing is required.

She Writes Press was happy to publish my collection. For a price. A fairly big price. In return, I’d keep a lot more of the royalties earned than I did with the first publisher. I majored in Economics, and then got a Masters of Business Administration, so thinking in terms of money comes easily to me. What She Writes Press was doing was simply shifting the financial risks of publishing from the publisher to the author. One very attractive thing about this arrangement was that I’d never get dropped if my sales were rotten, I’d never be told another manuscript was out of the question.

What I didn’t know was how the rest of the world regards any publication model where the author puts up money. Apparently, this is a huge no-no. Poets & Writers – who was happy to sell me advertising space in their pages for my second book – refused to let me add it to my author profile because they didn’t recognize the press as legitimate. Or viable. Or anything other than a vanity press.

Book number two came out and picked up a couple of awards. Sales weren’t too robust, maybe a little better than the first time around. I was disappointed, of course. I reminded myself that I never went into writing to make money. I wrote to make art.

And to move my art forward, I wrote a novel. A good one, too, or so I like to think. I thought to query a number of literary agents to see if anyone would be interested in representing me in a traditional publishing deal. No one was, though a couple did ask to see the whole manuscript. I suppose if I’d stuck with it, traveled to a bunch of conferences, I might have landed an agent eventually. But I found myself thinking exactly what I did when I’d finished the second book and my original publisher wasn’t interested: Why wait?

I went back to She Writes Press. My novel is beautiful, and it, too, won a couple of awards. It’s been well-reviewed, though not as widely as I’d hoped. I’m told you have to keep writing books and building your social media platform for that to happen. I’ve gotten really good at social media, let me tell you. I have a huge Twitter following, over 43,000, and a respectable Facebook author page presence, too.

Now I have a second novel, and my fourth book. I’m working with a professional editor and writing coach. She’s first rate, incisive, and very enthusiastic about everything I’ve written. She loves my work, and I’m incredibly grateful to her for that. She thinks I need to get back into traditional publishing, preferably with a Big Five house, because that’s where I’ll get a lot of coverage and marketing support. Yet I’m tempted to publish with She Writes Press again because I know the players and process involved, and because their authors won sixteen separate awards in the 2016 IPPY’s – more than any other press, and got a great write-up in the Independent Publisher Book Awards newsletter as a result.

Let me return briefly to the attitudes expressed by the traditional publishing industry. You already know how they feel about author-paid books. They’re lowball, unprofessional, a waste of time. This prejudice extends to review outlets. The big places like the New York Times Book Review won’t touch a book that’s been produced with the author’s own money. It’s a tough barrier to break down.

So, here’s what we have. If you want to be reviewed in a place that’s read by a lot of people, you need a traditional publisher. If you want to compete for the big national prizes – PEN/Faulkner, Pulitzer, National Book Awards, you need a traditional publisher. And to get one (usually, though not always) you need an agent. And who are they? For the most part, young women with excellent academic credentials, willing to work for very little money. They face economic pressures of their own, obviously. What they’re looking for more than anything is a book they can sell. And if your book is beautiful, but doesn’t necessarily have wide appeal, you’re not likely to get an offer of representation.

Earlier this spring I turned down a traditional publishing deal for the second novel. The press was just getting off the ground, and had some notable glitches on its website. Now an agent is reading the whole manuscript, and what her decision will be is, of course, anyone’s guess.

If I’m offered representation, I’ll weigh my options, and my decision will hinge on what I want most: sales; return on investment; a book in the world sooner rather than later; editorial and artistic control; or a chance at notable prizes and awards. It’s too soon to know how novel number two will be born, but it will be, one way or another.